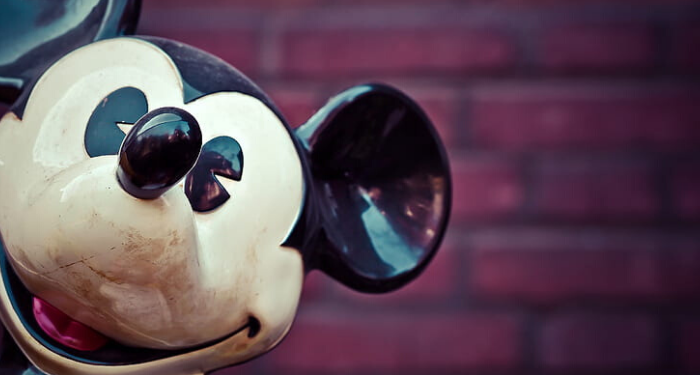 We all remember the Sega Genesis for popular franchises like Sonic the Hedgehog and Mortal Kombat. But the 16-bit console also flaunted a handful of entertaining Disney games that’ve been overlooked in recent years.

This article attempts to shed light on the best Disney games for Sega Genesis, to remind you of those classic kid-friendly gems. So… stick around for some retro nostalgia!

Let’s start with an overview of the best Sega Genesis Disney games.

Next, let’s take an in-depth look at these classic Disney titles.

Based on the 1992 motion picture, this game puts you in the shoes of Aladdin, an orphaned street boy on a Disney-themed adventure of a lifetime. Journey your way across various locations from the movie, from the streets of Agrabah and the Cave of Wonders to the Sultan’s dungeon and more. The princess is waiting for you!

Aladdin is a true gem, and it’s available in five versions for different consoles. Each version is a wholly different game, so don’t expect the Sega Genesis/Mega Drive version to be similar to the SNES version. What’s so awesome about the Genesis version is that it was developed by Disney animators!

Aladdin is notably recognized for its use of cell animation as far as in-game graphic elements. It was produced by Virgin Interactive and all five versions of the game were composed by Donald S. Griffing.

Our favorite part about this game? Aladdin boasts bonus rounds where you can play as Genie or Abu! Pretty cool, huh?

Castle of Illusion is a Mickey Mouse game created back in 1990 by Sega Studios, and it introduced stunning pixel art graphics and charming gameplay mechanics.

This is a side-scrolling video game that puts you in control of the most popular Disney character, Mickey Mouse. The primary objective of this video game is to rescue Minnie Mouse from the evil witch Mizrabel. Each level takes place in a magical, titular castle that’s infested with enemies.

To defeat your enemies, you must jump on them or collect marbles and apples that can be used as projectiles. Upon defeating a “Master of Illusion,” a gem is acquired. After acquiring all seven gems, you can build a bridge that leads to the castle’s tower for a final showdown with the witch.

An HD remake is available for Xbox Live, PlayStation Network, and Windows PC. And for those seeking a more authentic playing experience, Castle of Illusion is available on the 2019 Sega Genesis Mini.

Like Aladdin, The Lion King is another video game based on a popular animated film. It was published in 1994 by Virgin Interactive and was launched for a bunch of different platforms, including SNES, NES, PC, Amiga, Game Boy, and most importantly, Sega Genesis/Mega Drive.

The Lion King, like many Sega Genesis titles, is a side-scrolling video game that puts you in the character of Simba (first as a cub and later as an adult). There are also bonus levels where you play with Timon or Pumbaa. Two, to be precise.

The controlled character can leap, run, climb, and descend from one platform to the next. On the left-hand side of the screen, you’ll notice the roar meter, which has to be charged for Simba to roar. On the right is the health meter, which decreases when Simba gets hurt.

Overall, it’s an exceptional Disney game for Sega Genesis, and ideal for fans of the Lion King.

Developed by Traveller’s Tales, Toy Story is yet another fun Disney-based video game for Super Nintendo, Windows PC, Game Boy, and Sega Genesis. The game is largely based on the super popular movie of the same name, closely following the plot, but with a few twists of its own.

Through 18 stages that encompass the events of the movie, you’ll be controlling Woody. Like in the movie, Woody is equipped with a pull-string whip, which allows you to tie up your opponents so you can get by unharmed. It also latches onto hooks so that you can swing above obstacles.

Woody aside, you’ll be able to control R.C. in a couple of stages. The primary objective in these two stages is to reach the end of the level before the batteries run out of juice, with the abilities to accelerate, steer, and brake. Toy Story strikes a balance between enjoyment and challenge.

The Great Circus Mystery was a super popular Disney game for Super Nintendo Entertainment System, Game Boy Advance, and Sega Genesis. It’s actually a sequel to The Magical Quest. It revolves around Mickey and Minnie uncovering why their beloved circus was attacked by Baron Pete.

The Great Circus Mystery uses simultaneous co-op gameplay rather than alternative two-player gameplay. In terms of gameplay, both Mickey and Minnie are identical, and the two differ in terms of aesthetics only.

As players unravel the great circus mystery, they receive different costumes to help them on their journey. These costumes can perform different tasks. An example? The sweeper costume enables you to suck enemies, turning them into coins!

The Genesis version boasts an extra room in the third stage and a boss-related cosmetic change in the fifth stage. This video game also has appearances from Goofy, Pluto, and Donald Duck.

QuackShot is a platformer video game that was released for Sega Genesis/Mega Drive back in 1991. QuackShot stars the popular Disney character, Donald Duck, as well as his three nephews, Huey, Dewey, and Louie. All four characters are treasure hunters on a fun-filled quest.

You’re in control of Donald Duck, who ventures through multiple side-scrolling levels. Each level is divided into two parts: an overland part and a dungeon part. You can select the order that you want to play the overland parts, but the obstacle-filled dungeons are played in a specific order.

Donald Duck is equipped with a special weapon that enables him to shoot plungers, bubblegum, or popcorn. Shooting each of these items achieves a different feat. There are appearances from other popular Disney characters like Goofy, Shere Khan, Daisy Dick, Mickey Mouse, and more.

Mickey Mouse and Donald Duck are back at it again in Sega Studio’s World of Illusion.

Trapped in a shadowy realm by the sinister magician, Pete, the dynamic duo must travel through a series of dangerous levels to try and return home. Donning their iconic capes, it’s a wild ride as the two fight enemies and take down bosses in their efforts to escape. Reach deep into your mystical bag of tricks, and you may just make it out alive.

Play as Mickey or Donald in single player, or pair up with a friend to go tag-team in blissful co-op action. World of Illusion is one of the best Disney games for Mega Drive, and we highly recommend checking it out!

Sega Genesis is home to quite a few Disney games, with the above-listed titles being the most popular ones. We also feel the need to hand honorable mentions to Ariel: The Little Mermaid, Mickey Mania, Pinocchio, and Beauty and the Beast: Belle’s Quest.