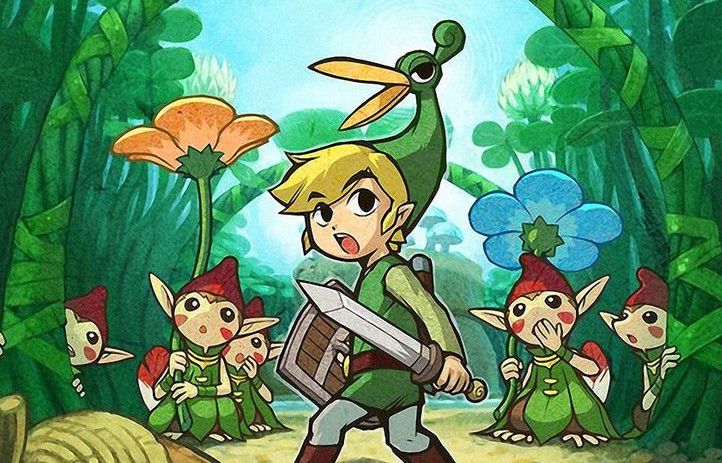 Ah, 2001 – the good ‘ol days. It was awesome back then, because not only was I a carefree kid, but I had my Game Boy Advance to keep me company (alongside a giant library full of the best GBA RPGs).

Some of the greatest games I ever played were on that handheld system, and this article aims to show them off and inform you about the system’s fantastic array of role-playing titles. Even though they are oldies, they’re still goodies, and you might just find a new favorite. Let’s get into it.

Let’s start with an overview of the best GBA RPGs in one easy-to-browse table.

Now, in no particular order, let’s jump into the list of best GameBoy Advance RPGs from way back in the day.

Your favorite plumber brothers are defending the Mushroom Kingdom once again! The graphics in Mario and Luigi: Superstar Saga are great for their time – the sprites of Mario and Luigi are clean, and the story is fun and interesting.

Most Mario games are platformers, so the battle system in this was a little challenging. But it was lots of fun to learn. And getting a ‘First Strike’ or even an epic ‘Bros. Attack’ was always satisfying when playing this game.

You meet many characters you already know and love, plus some newbies. I personally love Bowser, but to this day, I still remember Cackletta and her minion, Fawful. You’ve gotta check out Superstar Saga for yourself.

As a kid, Final Fantasy was one of those game series I didn’t care much about. But then my cousin loaned me his copy of this game, and I was hooked!

Meeting the four Warriors of Light was life-changing for me – I saw myself and my friends in these characters and their unique personalities. The mechanics are smooth for the GBA, and you can save anytime you like (no tents needed). You can go up to level 99 in this game, too (previously, the level cap was set at 50 for the NES).

I must admit that this is way easier than the NES version, which I have also played – perfect for those who want to experience the story but not so much the difficulty.

3. Tactics Ogre: The Knight of Lodis

This is a tactical combat game, and even though the playing field is 2D, it still feels like you’re looking at 3D graphics. For its time, Tactics Ogre was far ahead of the competition. I mean, I still remember watching the arrows fly when fired by an archer, and being amazed at how advanced it looked. Not only that, but your weapon and movement range are affected by terrain and one’s height on the battlefield (think high or low ground), so you really have to use your head in this game.

Another neat feature? The characters’ unique alignments have small but noticeable effects upon what they can do in battle. A must-try for RPG fans.

4. The Legend of Zelda: The Minish Cap

The next contender for best GBA RPG? You guessed it!

The Legend of Zelda: The Minish Cap is actually a collaboration of Capcom and Nintendo, two studios known for legendary characters and games. On my first playthrough, I felt like the game was far too short – and then I went back and realized the actual amount of side quests you can do in this game. Your target this time is Vaati, who has turned the Princess to stone. Link gets ownership of the Minish Cap, who essentially guides how to save her.

There’s a lot of action, but the puzzles in this game are fun and rewarding to complete. It’s an action RPG that sets the bar high for games of its kind.

I loved the Blue Bomber on the SNES, so this game was a treat. You play as LAN and his Net Navi friend, Megaman, and you work as a team to progress the story. The battle system is pretty neat because instead of building XP, you install programs to level up. You battle on grids, with your team on one side and the enemies on the other. And even though it’s a “new school” Megaman game, we still get appearances from Roll, Protoman, and Gutsman, among others.

I must also note the music in this game is quite memorable; to this day, I still hum “Virus Busting” to myself occasionally.

Taking on the role of Isaac when playing this game is a lot of fun. The graphics were pristine for the time, and this game really caters to old and new RPG fans alike. You travel around, talk to the villagers, and piece together the clues to complete quests and engage in fun combat.

The combat system is turn-based, and you get to use a combo of both physical and magical attacks. Back in the day, you could even battle with friends thanks to the link-cable feature (technically, you still can… but it might be hard to find a partner!).

Pokémon: Ruby and Sapphire were the GBA’s best selling titles (and some of the best GBA RPGs made). And, for a good reason – your game was what you made it.

These games had it all – fun starters to choose (Mudkip for me), a rival that you loved to beat, and of course, the final showdown with the Elite Four. Trading Pokémon with my old schoolmates years ago was something I’ll never forget.

Beating them was tough, certainly. But the berry treats I made for my Pokemon – a fun feature – helped a bit.

Final Fantasy Tactics Advance is pretty heavy on the fighting compared to other FF games, and you can’t skip the long dialogues that characters sometimes present you with. That said, it’s also a lot of fun. Battles take place from an isometric viewpoint, and you have to be tactical in your movements as you are going in order of the highest initiative (sorta like DnD). And yes, you can battle with friends using the link cable.

The characters may first strike you as a bit strange looking, but they do grow on you thanks to their clear and colorful graphics.

I would actually recommend The Blazing Blade to new Fire Emblem fans. Why? It’s not so hard to pick up and get into, and it is the first game ever FE outside of Japan to be localized in North America. You fight as two armies on the battlefield – Red vs. Blue – and when you attack a soldier, you get into battle on a separate screen. Pretty neat.

You also get to play through many chapters, each with their own objective, and of course, there are tons of side quests!

You play in Lufia: The Ruins of Lore as Eldin, a kid with two friends: Torma and Rami. There are plenty of other characters, too, including my personal favorite, Dekar (the typical brawny but not so brainy guy). The dungeons in the game kept me busy for hours, there were lots of puzzles to solve, and every dungeon is randomly generated. Battling is reliant upon speed; faster characters and those with higher agility get to attack more than those with low agility numbers.

All that, combined with its exceptional plot, makes it one of the best GBA RPGs, bar none. Our recommendation at Retro Wizard? You’ve definitely gotta give it a try.

So, which of these games did you like best as a kid? Going to try any new ones? Any of these will make you glad you played them.