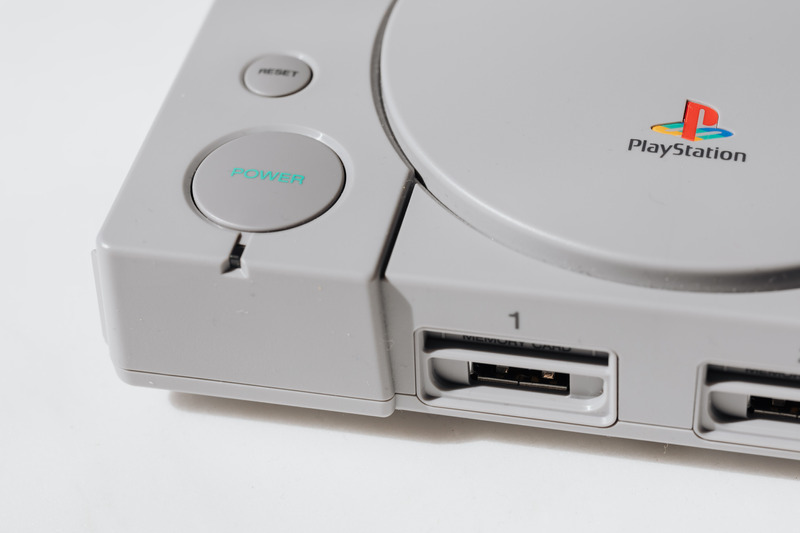 The first PlayStation is regarded by many old-school gamers as the best video game console for local multiplayer. That’s because the system boasts insanely fun and ever-popular titles like Crash Team Racing and Tekken 3.

Feeling nostalgic and looking to revisit the best PS1 multiplayer games from days gone by? Stick around!

Before we take an in-depth look at each title, here’s a quick snapshot of the best multiplayer PS1 games.

Without further ado, let’s dive into the list. Note that the games are listed in no particular order.

We can all agree that Crash Team Racing is among the best PS1 local multiplayer games. CTR is full of memorable characters, superb graphics, well-designed tracks, straightforward yet challenging mechanics, and a remarkable host of weapons that’ll have you glued to your couch for hours.

Whether you’re into racing titles or pure mayhem and destruction, Crash Team Racing is the perfect local multiplayer game for PlayStation 1.

Tekken 3 is arguably the greatest of all 3D fighting games from its period, and the most well-liked title in the series. Tekken 3 starred a very exciting selection of play modes, from Arcade Mode to Tekken Force Mode. It also features Tekken Ball, a beach volleyball match mode for extra fun.

The highlight of all Tekken games is the super-memorable roster of characters, ranging from Jin Kazama, Eddy Gordo, and Yoshimitsu, to Heihachi Mishima, Ling Xiaoyu, and King. If you enjoy fighting games and comboing your friends to defeat, Tekken 3 is your best bet for the PS1.

Looking for a PS1 sports title that takes gameplay to another level? Introducing ISS Pro Evolution.

Unlike other soccer games from the same time period, ISS Pro Evolution was exceptionally realistic. It offered everything from excellent controls and ball physics to an intelligent AI that made it extremely fun to play.

The main problem with ISS Pro Evolution is that it lacked licensing for official soccer teams, which resulted in most players having misspelled names. For example, Zidane was named Zedane, and Maradona was named Mardonna. Kinda silly, yes, but it doesn’t detract from the gameplay.

Armed with a light gun, Point Blank takes you on a competitive arcade experience where you’re required to shoot multiple targets, protect innocent civilians, and engage in action-packed showdowns — all from the comfort of your home. Best of all? Every mode in Point Blank can be played with a partner for extra competitiveness.

When playing with a friend of yours, the player who performs the worst gets a life removed from their allocated allotment. Point Blank’s challenges require swiftness and accuracy, guaranteeing hours of fun. If you’re looking for the best light gun game, it doesn’t get better than Point Blank, period.

Are you a skateboarding aficionado, but don’t want to run the risk of injury? Well, all you have to do is get a copy of Tony Hawk’s Pro Skater 2. This game flaunts remarkable customization options, an impressive selection of skaters, and superb stage design.

Tony Hawk’s Pro Skater 2 features more than one multiplayer mode where you can boast killer tricks and moves in front of your friends. The game is also equipped with an editor that enables you to build your own levels and challenge your friends with them. A bundle of fun, indeed.

Micro Maniacs is one of the most underrated titles in the history of video gaming. The game is similar to Micro Machines but rather than using vehicles, Codemasters, the developers of the game, decided to use people. Micro Maniacs boasts some of the best character designs ever!

The best thing about Micro Maniacs is that each character has its own set of unique abilities. To put it differently, you’ll spend hours exploring each character until you pinpoint the character that suits you the most. This game’s multiplayer mode is absolute chaos in the best way possible. Race on.

The Street Fighter series is one that needs no introduction, and Alpha 3 was the zenith of Street Fighter games, once upon a time. Alpha 3 is equipped with several modes in which players can indulge, including Dramatic Battle and World Tour, with the former being a 2v1 experience.

Combat racing games like Crash Team Racing offer a remarkable deal of fun, but they’re not for everyone. If you’re someone who wants to experience the excitement of an actual race, you must check out the popular Gran Turismo 2, as this game delivers the goods on all fronts.

Gran Turismo 2 vaunts an extensive selection of real-life cars, realistic racing physics, and a ton of customization options that’ll have you staring at the screen for hours. The multiplayer mode is a bit limited compared to today’s games, as it only allows for 1v1 races. But it’s still pretty fun, overall.

All Worms games are extremely entertaining, so it was pretty hard to pick one for this list.

While the original Worms remains one of the most popular PS1 games, we felt compelled to opt for Worms Armageddon because of its remarkable selection of weapons.

Worms Armageddon strikes the perfect balance between memorable gameplay and outrageous humor. In addition, the game is visually stunning, featuring a fun, cartoonish look. If you’ve got a room full of people, there’s no better game to launch on your PS1 than Worms Armageddon.

Bishi Bashi is a highly popular PS1 game that consists of multiple mini-games that players have to complete when facing one another. The player with the greater number of victories wins. The game is pretty similar to the WarioWare series of games, only much crazier and more fun.

Initially, you’ll find Bishi Bashi Special to be a bit confusing due to all of the insanity that’s part of the gameplay. However, once you familiarize yourself with what the game is all about, you’ll find it to be extremely entertaining. It’s also very challenging, which makes it a great multiplayer title.