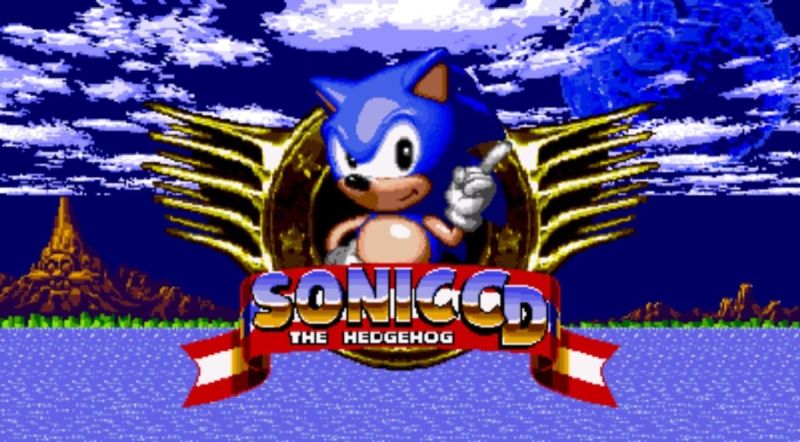 I wasn’t lucky enough to have one when it first got released way back in ’92. But I did get my hands on one at the tender age of 14, all thanks to a weird secondhand store we had in my town. And boy, was it worth the wait! The Sega CD amped up the power of the Genesis (or Mega Drive, depending on where you live), and the library of games was phenomenal.

My goal today is to show you the best Sega CD games and why they’re so great! Read on to check ’em out.

Scope out this table for a look at the top Sega CD games from back in the day.

Without further ado, let’s jump right into the list with an in-depth look at the top titles. Note that they’re not listed in any particular order.

The little hedgehog is at it again! Sonic and Sega go hand in hand, and Sonic CD is the perfect way to get your fix of both.

In Sonic CD, you can literally choose the filters that affect how this game appears – all thanks to the CD’s enhanced graphical capabilities.

You can also time travel. How? Well, in each level, you can pass through gates that take you backward or forwards in time. Where you are in time has an effect upon you, the level layout, and even the enemies you encounter! Pretty cool, eh?

Sonic CD is a phenomenal game and one of the best Sega CD games ever made. Oh, and btw, you can now play it on your iOS devices.

Lunar is one of the coolest RPG franchises, and The Silver Star is no different. It’s a top-down style title with random enemy encounters and plenty of areas to explore.

I love Alex, the protagonist, because he was about my age (15) when I played this. I wanted to be just like him, adventuring into the unknown, brave and fearless. His little buddy Nall was also a memorable character that was lots of fun to play with.

If you’re looking for an epic JRPG and one of the best Sega CD games all around, get this one.

If you enjoyed reading the Dune books, you’ll definitely want to check this one out. It’s centered around the first book in the legendary series by Frank Herbert and follows young Paul Atreides on an adventure of a lifetime.

To be totally honest, Dune’s mechanics are a bit clunky (you had to select a person’s name to talk to them), and there’s no actual fighting – your troops do all the heavy lifting. However, the story is strong and follows the book closely.

For Dune and sci-fi fans, the wonderful world of Arrakis awaits your arrival.

Earthworm Jim is a character designed to look and be funny, and it delivers in this special edition. I played this on my Genesis, and the Sega CD version is basically nothing more than an update to the old version, with all the same run & gun mayhem as before.

That said, you do get a new level and some alternate endings to the game if you win during the “Practice” or “Difficult” play modes. And that’s reason enough to check it out!

Night Trap was sensational back when I played it as a teen. A magnificent horror show like I’d never seen before! As an adult, I realize it’s nothing more than B-movie horror… and that’s precisely why I still love it.

In Night Trap, you mostly flip through a camera and look for keywords that can trap the vampires hoping to drink the blood of some unfortunate young ladies in their vacation house. It’s a cheesy classic of FMV games with a story we’ve all heard a million times. But it’s still loads of fun and one of the top Sega CD games ever made.

Ecco The Dolphin is a Sega classic. Thirty levels of aquatic fun await in this title, with an immersive and memorable soundtrack to match.

Back when I used to play, I liked that after you died, you could make use of crystals to restart where you left off – checkpoints in tough levels are always a welcome sight. The imagery and graphics of this game are spot-on, as they are with other Ecco titles.

As for the actual premise? Our hero makes his way through shipwrecks, shark-infested waters, and even time itself to solve puzzles and reach level’s end. Controls are pretty easy to master, and Ecco moves smoothly.

If nothing else, the scenery and music will make you glad you played this game.

Fatal Fury Special on the Sega CD uses the same controls as it did on the Sega Genesis, so I was able to dive right in and try it out. I found it easier in this version to execute my special moves. However, this is old tech, and delays are present, especially between matches. But the waiting time is no big deal, thanks to the fantastic music, which is an exact replica of the arcade cabinet version.

The game doesn’t have a lot of replay value as far as the single-player mode goes, but the matchups you could have with friends were sources of endless fun for me and my crew. And the fact that Terry Bogard made his way to Super Smash Bros. is a testament to this series’ memorability and fun.

I got this on eBay and was pleased to find it played just as it did on the Genesis and SNES while having 12 levels instead of the 11 you got in the Genesis. The same health meter is still there, measured in leaves, and the music is more exciting than ever (“Rufio’s Battle” still gives me epic feelings when I hear it to this day).

The enemies you fight are pretty run of the mill, and yes, there are blue hedgehogs in this version.

But overall, Hook is an example of a platformer that doesn’t quit. And it’s one of the most nostalgic and best Sega CD games to this day.

I am including this one because I sometimes think the older sports games are more exciting than the new ones. Don’t get me wrong, I love the new ones. But these classic titles evoke memories of sitting with your cousins and siblings, fighting for the Stanley Cup.

I liked that NHL ’94 included real NHL music, like “Here Comes The Hawks” for Chicago Blackhawks. And the fact that mechanics were much simpler now than they are in today’s sports games. Oh, and you could play as the LA Kings, which had The Great One, Wayne Gretzky. Does it get any better?

I love fighting for Gotham City as Batman, and in this installment, you’re against the Penguin. Batman Returns combines the thrill of a racing game with the driving stages, and the fun of shooter games as you fire at enemy vehicles with guns. The animation is good for its time, and the graphics are memorable too. You can also play this as a platformer, but the combat is not so intuitive.

For example, you can’t jump and shoot. And the ammo is limited, which puts you in some bad spots for fighting. Our recommendation? Stick with the Sega CD version for incredible fun and action-packed excitement. Batman awaits, er, returns.