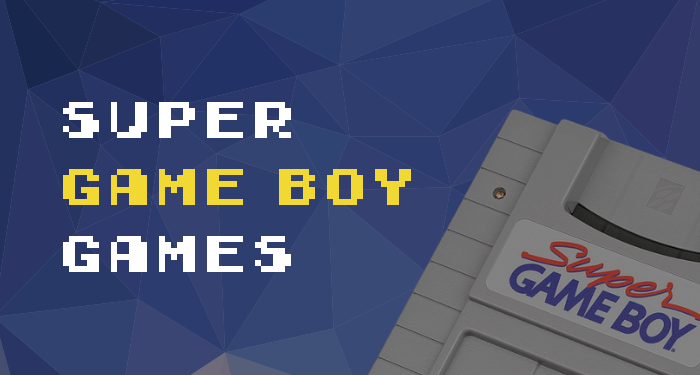 Ever miss the simplicity of the good ‘ol days when video games looked like, well, video games? With all the technological advances in recent years, graphics have gone from simple sprites to 3D models to full-on virtual reality! It’s a remarkable transformation, but there’s still something special about those 8-bit pixels.

There’s one device, in particular, that encapsulates the evolution of graphics in gaming. We’re talking, of course, about the Super GameBoy and the best Super GameBoy games.

Released in 1994, the Super GameBoy was a special cartridge for the 16-bit SNES. It allowed you to play 8-bit GameBoy-exclusive titles right on your TV! And thanks to the SNES’ superior technology, the games featured extra colors, enhanced graphics, and special features for all-new adventures. All you had to do was insert the cartridge, pop in a compatible GameBoy game, and voila!

If you’re in the mood for a blast from the past, then look no further. We’ve compiled a list of 5 of the best Super GameBoy Games that’ll take you back to those golden years.

Listed in no particular order, let’s work through 5 of the best Super GameBoy games from back in the day.

The undefeated champion of arcade games has to be Donkey Kong.

Donkey Kong kicks off with the iconic recreation of DK (the giant ape) kidnapping Mario’s girlfriend, Pauline. From then on, you play as Mario and climb ladders and fight your way across conveyor belts to rescue the girl.

The game has various engaging levels, such as the original construction site, forest, jungle, and desert. Suffice it to say this classic arcade remake never gets old.

Mole Mania was produced by Shigeru Miyamoto, who is the genius behind games like The Legend of Zelda. The game stars Muddy the Mole, who has to navigate through eight worlds to save his family. The levels feature a series of unique mazes, where you have to dig tunnels and utilize steel balls to break through obstacles.

It’s a quirky, fun little game for people who want Mario-vibes without Mario.

If you’re a serious Pac-Man fan, then you’re going to love Game Boy’s Pac-Attack. Your job, as the player, is to stop the falling blocks from reaching the top of the screen. Not to mention, the Pac-Man in this game needs to eat ghosts in order to keep fighting.

The best part about Pac-Attack is that it’s available in a two-player mode for double the fun. With around 100 stages to clear, this game is an excellent way to while away the hours.

No GameBoy or Super GameBoy list can ever be complete without Mario, and that’s why our next selection is Super Mario Land.

This game is pretty similar to the all-time classic Super Mario Bros., although there are few differences. For instance, in Mario Land, you can’t backtrack to previous screens, which is a bit of a let-down.

However, that doesn’t make the game all bad, because one part of the game allows Mario to drive two different vehicles: the Marine Pop and the Sky Pop. If you’re craving a hit of that glorious feeling that accompanies throwing a fireball, then this game is a terrific option.

Link’s Awakening is the fourth installment in the illustrious Legend of Zelda Series, and it’s a great game to play on the Super GameBoy adapter.

This installment finds its way on our list because of the fantastic birds-eye view of Link’s (the protagonist) surrounding. Much like every other Zelda edition, the goal is to defeat multiple enemies by gaining different abilities and weapons on various levels.

Fun Fact: The game’s maker, Takashi Tezuka, was highly inspired by the hit TV show Twin Peaks and drew inspiration from it while designing the game.

So there you have it, folks: our list of five of the best Super GameBoy Games is now complete. We hope our list meets your approval and that you utilize it to get back in touch with your inner child. Til next time, happy gaming!