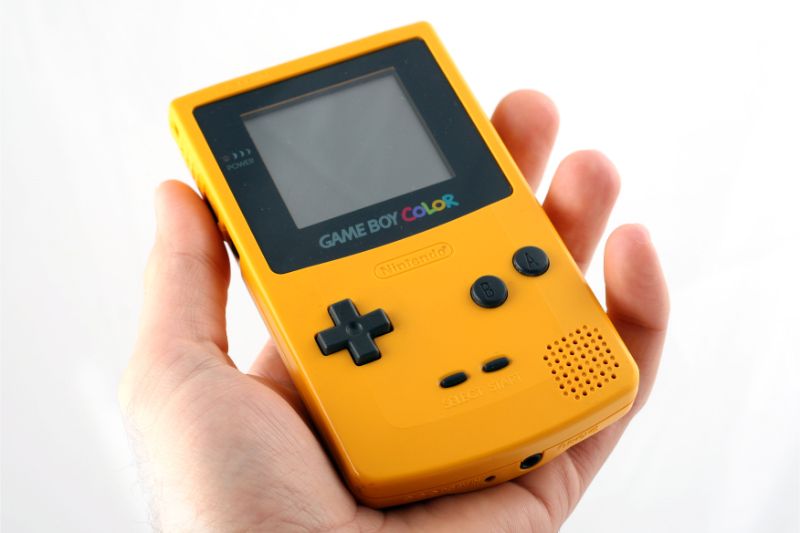 After weeks of grinding, you’ve made it to the Elite 4. Eager to prove yourself as a Pokémon master, you jump into the action. A half-hour of intense battling later, and you reach Lance, the Master of Dragons. You’re almost there! But it’s getting dark, and your Game Boy Color is losing visibility fast. What do you do?

Modders have tried and failed to nail down the perfect Game Boy Color backlight kit for decades. And now, the wait is over. The Nintendo Game Boy Color finally has an easy-to-use backlight kit! It requires no soldering, and installation is super easy: you simply insert the replacement display, and it’s back to business.

Interested? Read on as we shine a light on the best Game Boy Color backlight kit on the market.

The Game Boy Color never had a lighting feature. Accessories manufacturers created worm lights and other workarounds, but none of them were very effective. It wasn’t until the Game Boy Advance SP released in 2003 that lighting became a built-in feature of Nintendo handhelds.

Over the years, some Game Boy enthusiasts have taken the lighting unit from the SP and transplanted it into the Game Boy Color. But even this modification was subpar, as it was not an actual backlight–it was a front light that required lots of retrofitting and soldering. Not to mention, this process destroyed the precious SP.

There have been countless other attempts at solving this issue, but nothing truly noteworthy. That is, until very recently.

Ready to play your favorite games in vivid color? Now you can with the Nintendo GBC Backlight Mod Kit! This LCD replacement kit works with any Game Boy Color and is incredibly easy to use.

Simply tap the top right corner of your GBC to shift between 5 brightness levels on the fly! It couldn’t be any easier.

The best part? Installation takes about 5-10 minutes. All you’ve gotta do is swap out the existing display for this new & improved one. It requires absolutely no soldering, no shell modifications, and no special tools of any kind.

And don’t worry if you’re not a hardcore techie, as the kit ships with an easy-to-follow guide.

We’ve penned a few thoughts on Game Boy Color backlight kits for those curious about the history and nuances involved.

The GBC should have shipped with a light.
Why didn’t it? A built-in light would have increased the overall cost of the console. And, given the technology of the time, it would have drained battery life far quicker. But much like the SP, there should have been a front light that you could switch on and off. This would’ve offered cost and energy savings while providing a much-needed service.

The world has lost countless Game Boy SPs.
It’s a tragedy. An unimaginable number of GBA SP models have been torn apart and discarded in the wake of the GBC backlight epidemic. Given the high price of other lighting kits in years past, it was the only feasible solution.

Soldering and shell modifications are a chore.
But not anymore! Before this backlight kit came onto the market, backlighting your GBC required soldering know-how and endless shell modifications. One simple installation could easily turn into a day-long affair. But not with the affordable and incredibly easy 10-minute Backlight Mod Kit.

Next, let’s have a look at a few of the most commonly asked questions surrounding GameBoy Color backlight kits.

What’s the difference between Gameboy Color front light vs backlight kits?
The difference is exactly the way it sounds! Front lights brighten the display from in front of the screen, while backlights illuminate the display itself.

Is the Backlight Mod Kit the same as the Freckle Shack Kit?
No, it is not. This is an entirely new Game Boy Color light mod that involves no workarounds–it’s truly plug-and-play. Simply swap out the existing display, and you’re in business with a stunning backlight & five levels of brightness.

What are the Game Boy Color’s specs?
Excellent question! You can find out more about the GBC’s specs right here. And for a visual look at the interior of a GBC, check out the next section for a video preview.

How to Backlight a Game Boy Color

If you’re looking for an easy-to-follow guide, you’ve gotta check out this video from Sojan Nedos on Youtube. He takes you through the entire process of installing a backlight on a Game Boy Color using an identical kit to the one above: