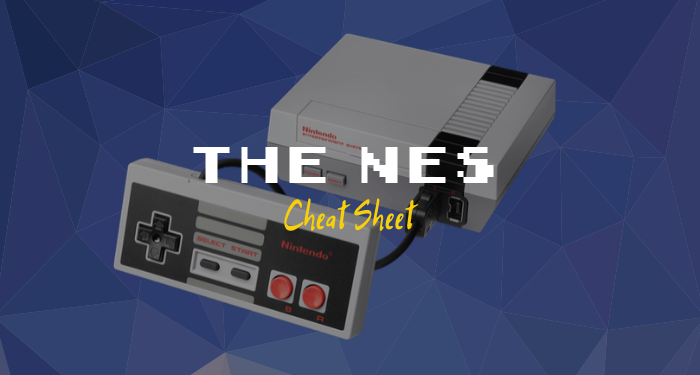 Ah, the NES — Nintendo’s entrance into the big leagues of console gaming.

Modeled after Nintendo’s Famicom, this 8-bit console debuted as the Nintendo Entertainment System (NES) on October 18, 1985.

It was an instant success.

So much so that the NES is largely responsible for reversing the video game crash of 1983 and making Nintendo the corporate juggernaut it is today. Quite impressive for a company completely unknown outside of Japan at the time.

But how exactly did Nintendo pull it off from their overseas headquarters? Read on to find out.

Here’s a quick overview of the NES console:

To stand out among the growing crowd of consoles, Nintendo equipped the NES with a front-loading cartridge inserter, much akin to a VCR. Combined with its simple appearance, this was a welcome change from the systems of years past (and a necessity after the video game crash of 1983).

As for the controllers? The NES introduced the iconic brick-shaped design that features a cross-shaped joypad (now referred to as a D-pad), two action buttons, as well as START and SELECT. This configuration was much more complicated than the simple ATARI 2600 controller but intuitive enough to remain appealing to most audiences. Moreover, it provided the means for various new game mechanics, which Nintendo took full advantage of.

The NES uses 8-bit architecture to deliver an immersive gaming experience. The Ricoh 2A03 CPU was a game-changer, as it introduced faster speeds and more powerful processing. But the real star of the NES was the Picture Processing Unit (PPU).

With just 2kB of video RAM, the PPU can render up to 64 individual sprites and entire tilesets with ease. Impressive. But it can also tap into the RAM on game cartridges to significantly expand the system’s overall capabilities. All said and done, the system displays up to 6 different shades of gray as well as 48 unique colors using RCA connectors.

In terms of sound, the NES supports five channels and various expansion chips that game devs used for more sophisticated audio. Not bad for the time, but developers had to get creative when creating sound effects. These restrictions paved the way for clever use of audio, as well as some iconic chiptune tracks still around today.

We’re all familiar with Nintendo’s iconic lineup of video game characters. And the NES is where it all started.

The release of Super Mario Bros. in 1985 changed the way we thought about games, thanks to its innovative side-scrolling mechanics. Meanwhile, the Legend of Zelda established itself as a major player in the RPG and action-adventure genre, laying the groundwork for future Nintendo releases and a variety of other NES titles.

Perhaps the coolest thing Nintendo did with the NES? They pioneered the model of licensing third-party game developers. This changed the industry, as developers who produced quality games were given the green light to release their titles on the platform. As you might expect, this produced countless new jobs while incentivizing new and innovative games built with the player experience in mind.

Many of these games sold exceptionally well, but the real star was Nintendo’s own R&D department. The top 10 most popular games by sales numbers were all developed and produced by Nintendo:

There’s no doubt about it: the NES changed the world of video games and entertainment for the better. It even ushered in a new golden age of video games and delivered many of the most iconic figures in videogame history. Sales and hype were so strong, by 1990, 30% of US households owned an NES!

It’s not all that crazy if you think about it. The system was at the forefront of emerging trends of technology and entertainment. Game franchises released on the NES (35-40 years ago) are still running strong today. In fact, The Legend of Zelda: Breath of the Wild (released in 2017) won countless game of the year awards, and it’s widely considered one of the best titles of the decade.

Yes, the NES was an incredible console. But its success also caught the eye of rival companies, paving the way for a new contender from another up-and-coming Japanese corporation.